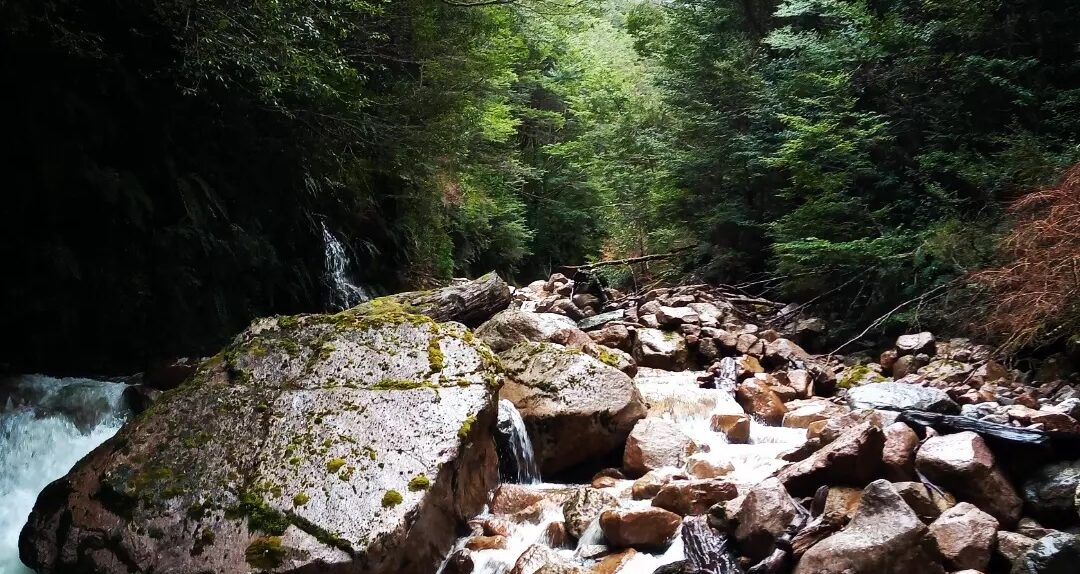 When the primeval, and once seething, tempestuous amniotic ocean —sometime, in eternal times before time as-perceived by the human being, contained, or not-revealed, in Ayin —emerged from the emanations of the Cosmos, whose presence covered the mantle of the earth’s surface, began to recede as centuries of centuries passed (not without first waging a stark and caustic war against the uprising of the gigantic stone titans emerged from the depths of Purusha), new features, such as factions minted with hammer and chisel, were born in the face of Gaia, drawing the topographies that would later acquire meanings resulting from their own immanence, where from the lithic would travel, through a long road, towards the mythical.

Mounts, mountains and mountain ranges serving as lightning rods for the sacred that dwells above, were later appropriated and signified by the Homo religiosus as votive places, places of encounter with the ethereal. These monumental lightning rods arose defiantly in opposition to the underworld but also in complementarity with the chthonic realms — in a relationship of coincidentia oppositorum. It is there, at the top of the Axis Mundi, on the altar in front of the portico of the Μέγαρον, where the hieros gamos takes place: the tears of the transubstantiation of the sweat of Gaia that, emerged from the titan Oceanus to reach the firmament halls of Uranus, fall from the vast landscapes of the celestial to the terrestrial (which is in constant tension between the uranic and the chthonic). The tears run down the face of Gaia to feed Tethys, whose veins are the streams that flow into the rivers and lakes like the blood of unintentional sacrifices to the Numen. 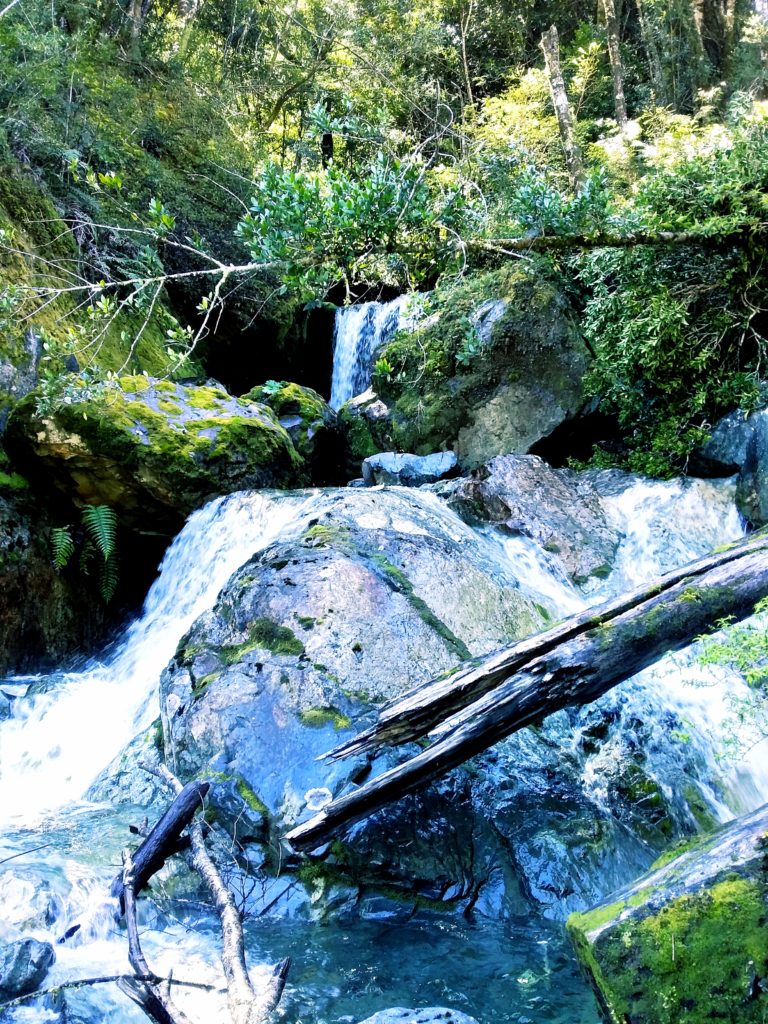 Carrying out the activity of trekking in streams —that is, the first-person exploration of landscapes and internment in wild nature that is undertaken using the morphology resulting from the passage of water rigorously inscribed in the hydrogeographical basin— allows an experience that varies somewhat with respect to the experience of the excursion that is carried out through the forest. Generally, the particular configuration of the stream biotope allows the presence of a biocoenosis that is less likely to be found in the rest of the forest. So wandering through spaces influenced and engraved by the stream provides an adequate opportunity to observe it, as it is also an invitation to observe rock formations and lithic decorations (and, why not, also mythical) that adorn the capillary system of the forest — there where the hydromantic is in communication and communion with the geomantic.

Similar to the case of the exploration and ‘conquest’ of the mountain, where the Adept commits himself to a reverse katabasis that seeks the destruction of the parasitized aspects by the radiations of the world that is created in an order outside of the wild—deepening towards up—, the stream is generally approached in a contragravitational direction, that is, upstream, because looking for a vanishing point that turns out to be also the point of origin from where Tethys’s blood begins to flow, the initiatic wayfarer witnesses how the different emanations of the mysterium tremendum et fascinans unfold before him, in front of which the Adept trembles, but also reveres in fascination: the sorrowful and glorious mysteries of the Grand Mystery towards which everything finally converges.

Because the flow of the water undermines the surrounding soils that are within the influence buffer, creating conditions for biotic and abiotic elements to be in a constant dance against ephemerality and perishability, the dynamism of the stream — with changes much more rapid and traumatic compared to the stability that the Cellulose Cathedral can provide — makes the scenario faced by the initiatic wayfarer uncertain and sometimes unpredictable: what is today (a rock, a trunk, an animal hunting, a tangle of branches, a plant struggling to capture sunlight, a pile of stones, a mattress of organic matter, a nest, a corpse, a mound of mud, a puddle) tomorrow it may not be there. Even more: it could not be there in the next few seconds. The only thing predictable and foreseeable is the unpredictable and unforeseeable that permeates the stream that carries (sometimes spontaneously and suddenly) the blood of Thetys, whose hydromantic readings could reveal unfathomable secrets if only the waters of the stream — the fleeting undulating inscriptions of the serpentine goddess — would give moments of stillness. 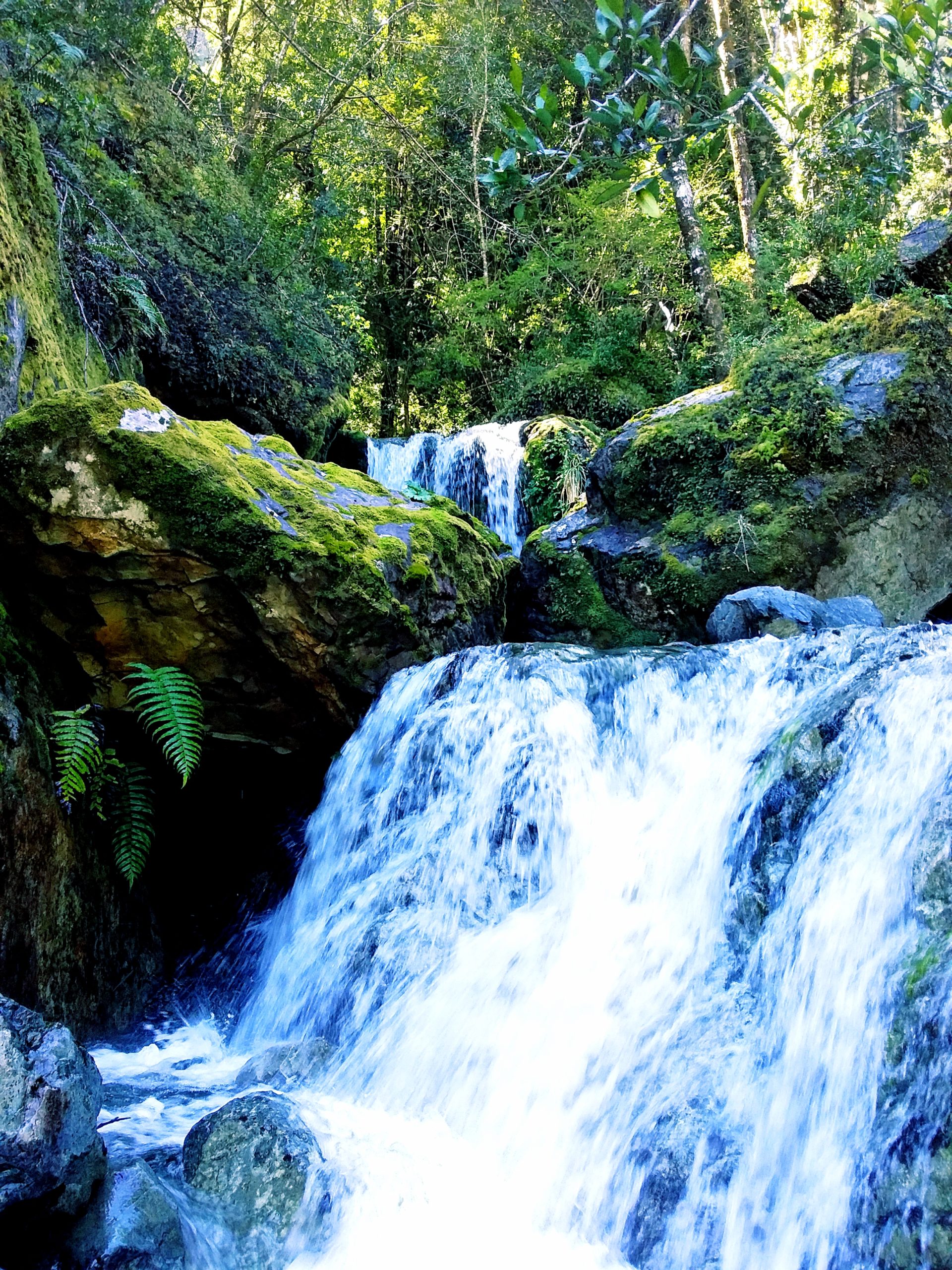 For Edouard Récéjac, and according to his Essay on the Bases of Mystic Knowledge,

«[M]ysticism begins with fear—fear of some universal, invincible ruling power, and becomes later a desire for union with that which so rules it. When full-grown, the mystic consciousness comprehends that its only point of contact with the Infinite is in its Freedom, and it ceases all attempt to advance on any other side.”

Faced with the experience of the stream that must be climbed, fear is not absent; not only is the risk generated by the stream itself, but also that which arises from the particular space where it is located: the canyons and landslides that adorn the relief contain monumental dangers compared to the smallness and human fragility of the alchemical hiker.

Furthermore, in the act of getting ready to go up a stream there are impulses that transcend the rational and also the irrational. Going against the flow of the stream —that is, in negative gravitropism—, the trekker also goes against the survival instinct, where the mystes allows him to be guided acéphalically, as if he had possession of a compass inside him, pulsionally driven by the viscera (whose labyrinthine, palpitating scripture delivered to the haruspex the signs that contained the designs of the times and events to come) towards a course that leads him to the cold, crudely glacial, origin of the flowing waters.

Almost as if the heart of the terrestrial realms made a subtle call to the warm inner ear that dwells in the unconscious — the one that heeds the call to embark on adventure and discovery before the act where the rational questions the action and the future consequences that could result from the journey to be undertaken; that journey that begins to be undertaken at the precise moment in which the imagination is engaged in a timid and intuitive shamanic flight and begins to go up the stream. The stream appeals in mysterious ways (luminous and also tenebrous) to the almost infantile sense of the human search for the spiritual in that which, even though it has movement, does not have a life in the sense that the human being can understand it. 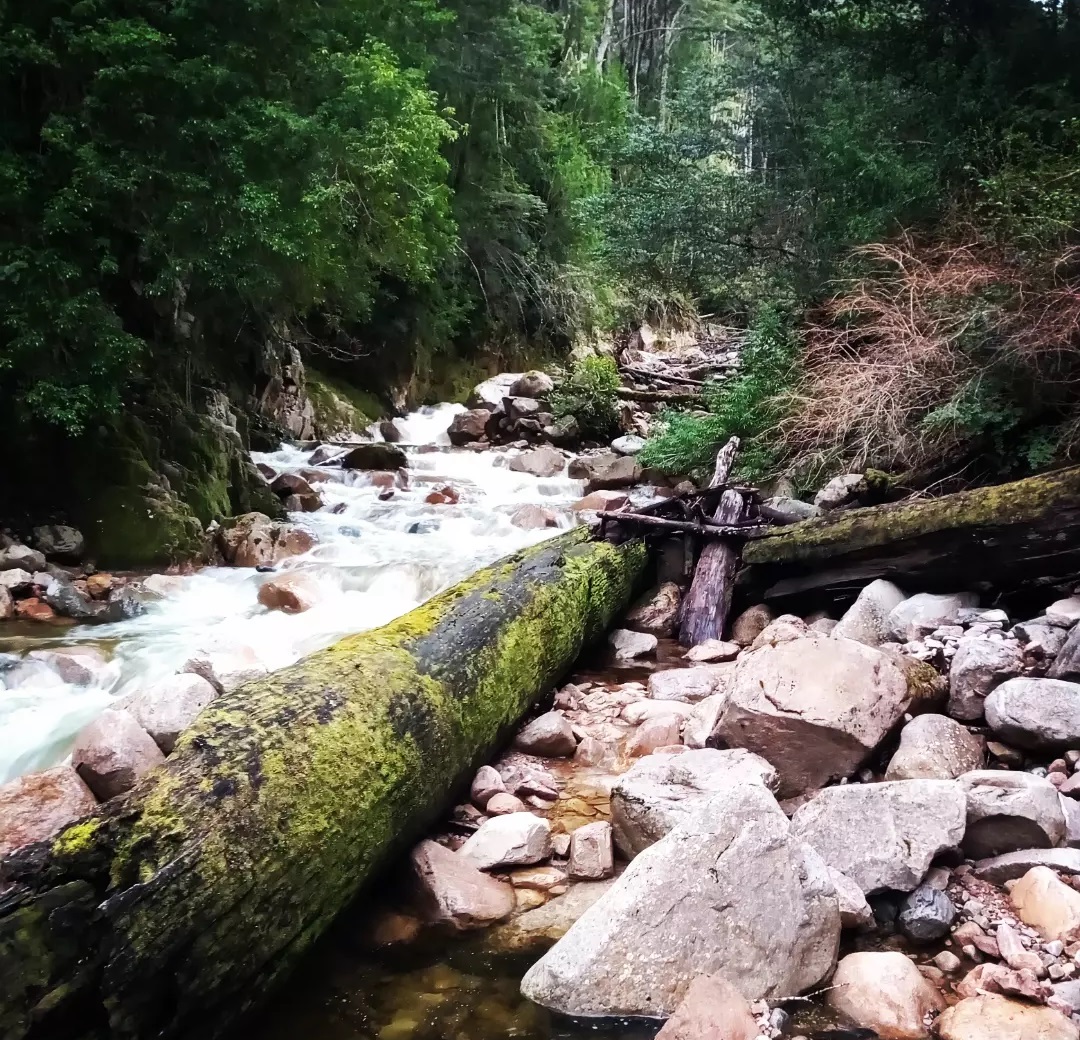 Witnessing what happens at the very moment of the reality that the human being can experience through his senses, allowing the Adept to contemplate the flutters or reflections of the Numinous. In the immersion into the Unknown, that is, what is the result of the reverse action of the formation of a complete mental idea, the human being can indagate the shadows that the celestial realms project on the moors located in the terrestrial realms—where the endless worlds of the cosmos inhabit with its physical, material, measurable laws or in the process of discovering how to make them measurable—but it can also submerge the dendrites of its soul in the chthonic realms, where the womb of all existence, manifested or unmanifested, dwells; in the underworld where the mythical headless creature (l’Acéphale) sinks its feet, becoming part of the nigredo by replicating itself under the humus, like a kenotic doppelgänger that inhabits the mandrake, alchemical reflection of what is above. In the terrestrial realms dwells the limit of the entire Manifestation of the Spirit in all its infinite forms, but in these limits there is also the habitation of ecstasy and contemplation, in the shadow of the mysterium tremendum.

The climbing of streams is fed by two impulses running through the existence of the Alchemist: one irrational, visceral, intestinal and contradictory, which pushes the Adept to go higher and higher, trying to escape from the terrestrial realms, to jump almost without thinking between the bouldering and rock-climbing, walking on slippery logs and crumbling mounds of mud underfoot, battling thickets and reedbeds, and a rational but not unpassionate drive to overcome one’s physical and mental limitations, and also to witness the hierophany of water, a regenerating substance with the power of creation, and also of destruction.